How Much You Drink Doesn’t Matter – Here’s Why 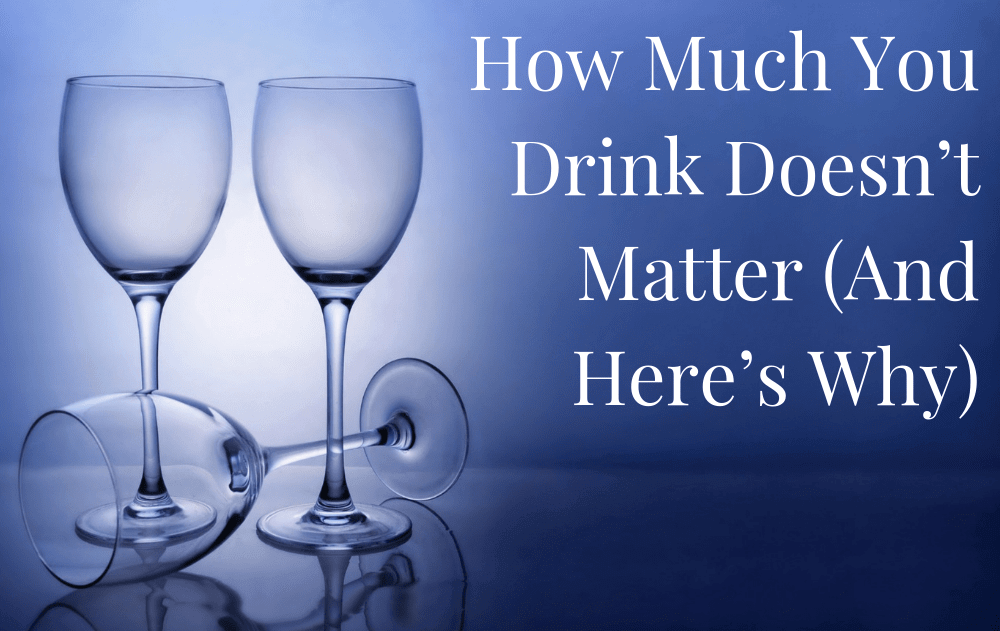 I get a lot of emails from people who want to know if I think they’re drinking too much.

They’ve added up their drinks, worked out the units… and they’re worried. Or confused.

After all, don’t most people drink more than the government guidelines? Doesn’t everyone have a raging hangover every now and then?

And just to make things even more confusing, we all handle alcohol differently! What might seem a lot to one person may not be that much to another.

So how do you assess your drinking and figure out what to do?

Personally, I think that how much you drink doesn’t really matter. Seriously – there’s a much better question you could be asking instead. I explain all in this week’s video:

The breakdown – why focusing on ‘how much’ isn’t a great idea:

It can lead to a false sense of security

When you’re just focusing on quantities, you’re always able to find someone who’s drinking more than you. It’s easy to find books or blogs about heavy drinkers and convince yourself that you aren’t ‘that bad’ – even though you know alcohol is making you miserable.

It reinforces the idea that sobriety is a last resort

When we’re focused on how much is too much, what we’re really saying is that sobriety is only for people who are ‘bad enough’. You don’t need to be anywhere near rock bottom in order to decide that you’re going to change or raise your standards. (I wrote more about rock bottom here).

So what should you do instead?

Rather than focusing on how much you drink, ask: how is alcohol making me feel? Keep a diary, so you have a record of your mood and general wellbeing when you’re drinking compared to sober periods.

When you keep a proper record of this, you will notice patterns. You’ll start to see whether alcohol deserves a place in your one and only life. If you decide it’s time to stop (or take a break) you can find more help here.

Have you noticed that it’s never the ‘perfect

Does this sound like you?⁣ ⁣ “I don’t thin

The doors to my Getting Unstuck course are NOW OPE

Can you relate to this? ⁣ ⁣ It doesn’t take