I Got Tired Of Pretending Everything Was Fine 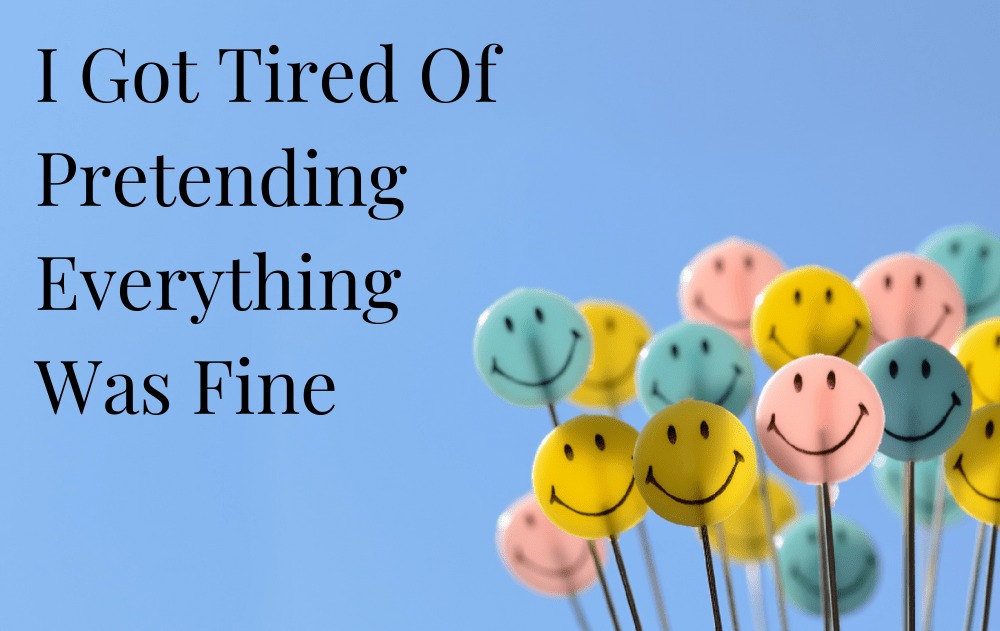 One of the things that drove me to quit drinking was all the pretending I had to do.

You know – the acting.

(I think my acting skills were pretty good, if I do say so myself. But my god – it was draining.)

Eventually I got tired of pretending everything was fine.

I explain why in this week’s video.

Are you acting more than you think?

There’s the pretending (when you open a bottle of wine with your partner) that it’s your first drink of the day, but you’ve already had a few glasses. Or going out for a meal and making out that you’re not desperate to order another. Trying to behave like a completely sober person – or someone who remembers what happened last night…

All I wanted to do today is get you thinking about how heavily the acting and pretending might be weighing on you. The temptation is to minimise it – to brush over it as if it’s no big deal. There’s a part of us that wants to believe that if we can pretend everything’s fine then it must be fine.

Imagine just being yourself

Think about all the energy you’re putting into that pretense – what else could it be used for? How much time and brainspace would it free up? I quit drinking because I realised that I like an easy life. And alcohol-free living really is so much easier.

Ready to create an alcohol-free life you love? My online coaching programme will show you how. Click here for more details.

I stole this great quote from the comments section

My thoughts on "normal" drinking 🤔🤷‍♀️

Just in case you're tempted tonight... don't do it