Playing The Movie To The End – Are You Doing It Right? 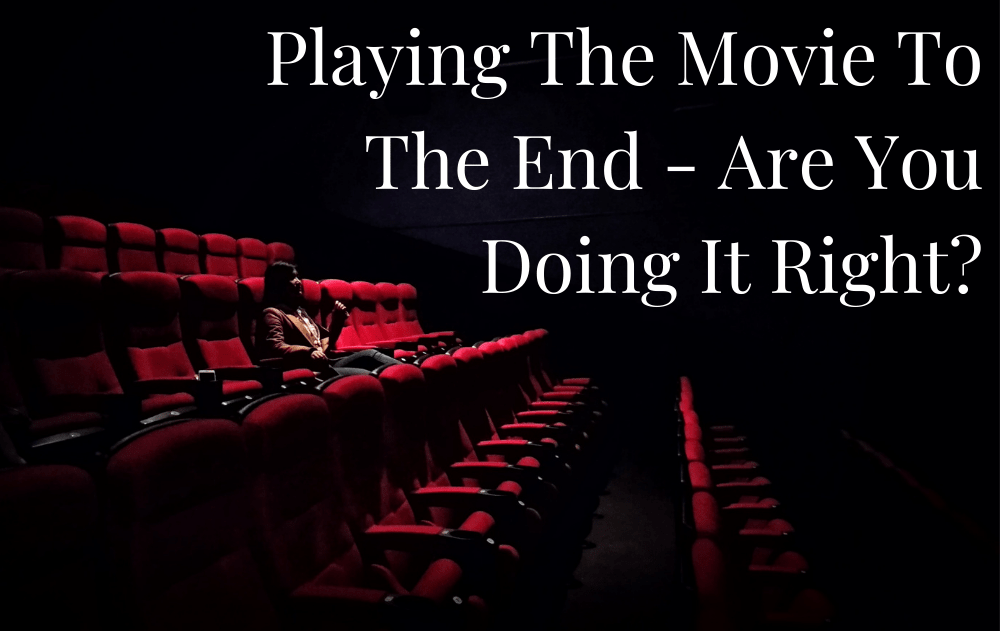 When you’re tempted to drink, playing the movie to the end is a good idea.

This means forcing yourself to think about how things will really turn out, if you have “just one drink.”

(Because the truth is, it’s probably NOT going to be just one…)

This technique of ‘thinking though the drink’ can really help – if you do it properly.

But a lot of people don’t.

In fact, they do the opposite of playing the movie forward…

In this video, I want to make sure you’re not getting this wrong too:

What ‘playing the movie to the end’ means

When you’re tempted to drink, stop and make yourself think about how things are *really* going to work out. It’s probably NOT going to be “just one drink”. So what does the end of the movie look like for you?

Don’t get stuck on the opening scene

Here’s what many people do without realising: they play the first 10 minutes of the movie over and over again in their head, but they never think past that. If you went to the cinema, you would judge a film in its entirety, not just on the opening scene.

If you find yourself saying things like “drinking is so relaxing” then you’re not thinking past the beginning of the movie. Remember, your ‘drinking movie’ lasts for 24 hours, because that’s how long you deal with the fallout of drinking for. How much of that is ‘relaxing’?

Which movie are you going to play tonight?

You have two choices: you can carry on romanticising the opening scene and playing a movie that’s good for a few minutes and bad for 23 hours. You can waste your time, energy and brain power on that if you want to.

Or you can push play on a different film: the alcohol free movie. It might not have a great opening scene and you might wonder if you’re going to like it. But it will grow on you. And this movie has a very happy ending 😊

If you’d love some help and support to quit drinking, click here for details of my online course.