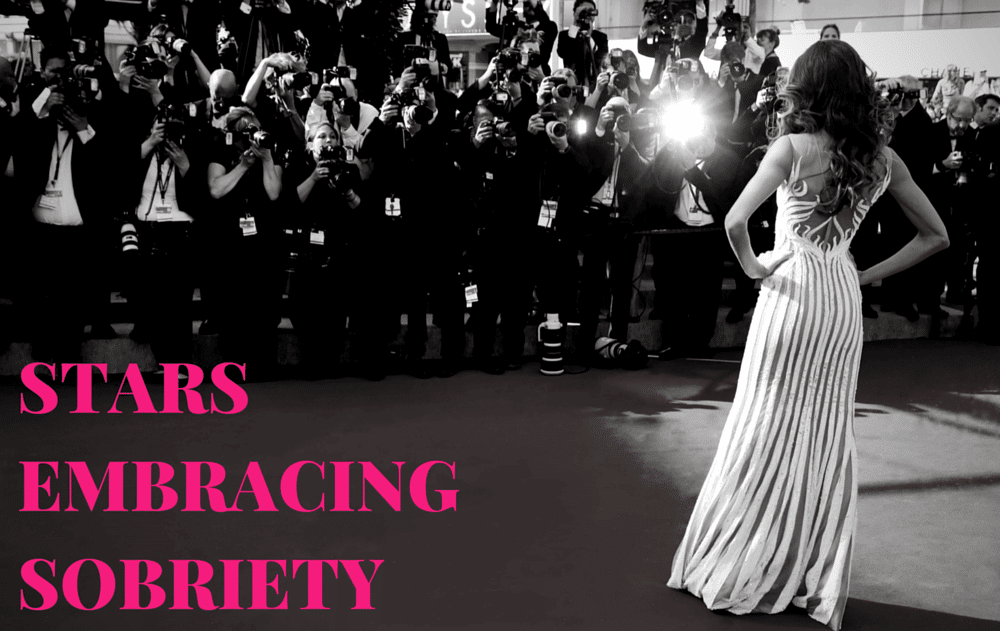 Sex And The City has a lot to answer for. For me, it wasn’t just a show; it was a bible on love, life and shoes. It was aspirational. In some ways, Carrie, Samantha and co were good role models; they were successful, feisty women who answered to no one and lived life to the full. But boy, did they like to drink. SATC introduced a generation of women to cocktails. The show reinforced the idea that getting drunk was just fine, provided you were sipping a cosmopolitan in a chic bar whilst wearing very expensive heels.

So it was a bit of a surprise when I realised some years later that Kristin Davis, who played Charlotte, doesn’t drink. Obviously I knew she was just an actress, playing a role, but I couldn’t have been more surprised. Not long after that, I discovered Kim Cattrall (Samantha) doesn’t drink either. That’s half the cast! Davis says she doesn’t drink because she “realised that drinking was counterproductive” and “something had to go.” Cattrall says alcohol gives her a headache. Whatever the reason, you’ve got to admit sobriety suits them.

Davis and Cattrall are certainly not the only sober celebs out there. Being dry has never been more fashionable. In Celebrityland, everyone’s at it. For every pie-eyed party animal staggering down the red carpet, there’s a Bradley Cooper, a Blake Lively or an Eva Mendes. The lovely Gerard Butler doesn’t drink either (yet another reason why we’d be so good together). David Beckham, Naomi Campbell and Samuel L Jackson are also teetotal, as are Calvin Harris and Ewan McGregor … to name just a few.

I don’t think it matters why they don’t drink. Sure, Hollywood has it’s fair share of rehab graduates. We know all about them. I’m more interested in the people who avoid alcohol because they don’t like the taste or the way it makes them feel. Perhaps maintaining a good body, or great skin, or not making a fool of themselves is more important. I like reading about people like Daniel Radcliffe, who decided to stop drinking because he realised he’d “become reliant on alcohol to enjoy stuff.”

On Friday nights, if I’m in the mood for some trash TV, I like to watch Alan Carr: Chatty Man. (For those of you not in the UK, it’s a comedy chat show hosted by the screamingly camp comedian Alan Carr). Each interview starts with the offer of a retro alcoholic drink from Carr’s sparkly drinks globe (think: Babycham, Peach schnapps). You can practically hear the audience shouting ‘drink! drink!’ and I used to get really annoyed by this.

More recently, I’ve noticed how many guests turn down the offer of alcohol. Sometimes Mr Carr is prepared for this and offers them a fairly hideous soft drink instead (He gave Lindsay Lohan a Capri Sun). But sometimes, the news that they’re not drinking is a surprise. I always feel sorry for the guest when this happens, because it must take some courage to tell a boozed up host and studio audience that you’d like water, please. It always turns out ok though. The teetotal comedian Sarah Millican handled this the best. When she was on the show last week she walked on carrying her own bottle of ginger beer. Now that’s my kind of girl.

In fact Sarah Millican brings me on to an important sub category of sober celebs: comedians. Who knew there were so many of them? Peter Kay, Lee Evans, David Walliams, Russell Brand, Jim Carrey, Billy Connolly, Frankie Boyle … the list goes on. I was surprised by this but it makes sense when you think about it. To be a good comedian you’ve got to stay sharp and have your wits about you. And the funniest jokes come from people who have a clear head and a genuine sense of humour.

When I hear about famous people living happy lives without alcohol, I find it strangely reassuring. These are people who are hugely successful and powerful. They have homes and cars and lives that I feel more than a bit jealous of. And yet, here they are, making just the same choice as you and I. In our celebrity driven culture, it matters what famous people say and do. We need sober celebs to shine a light and blaze a trail. We need them to lead happy, fun and full lives without alcohol and to tell everyone about it. You and I know that sober is the new black – we just need the rest of the world to hurry up and catch on.

How many times have you woken up to discover that

Some cheery tulips to brighten up a grey day🌷I

This is by far the most common piece of feedback I

Some people say that quitting drinking feels a bit

Load More…
This error message is only visible to WordPress admins