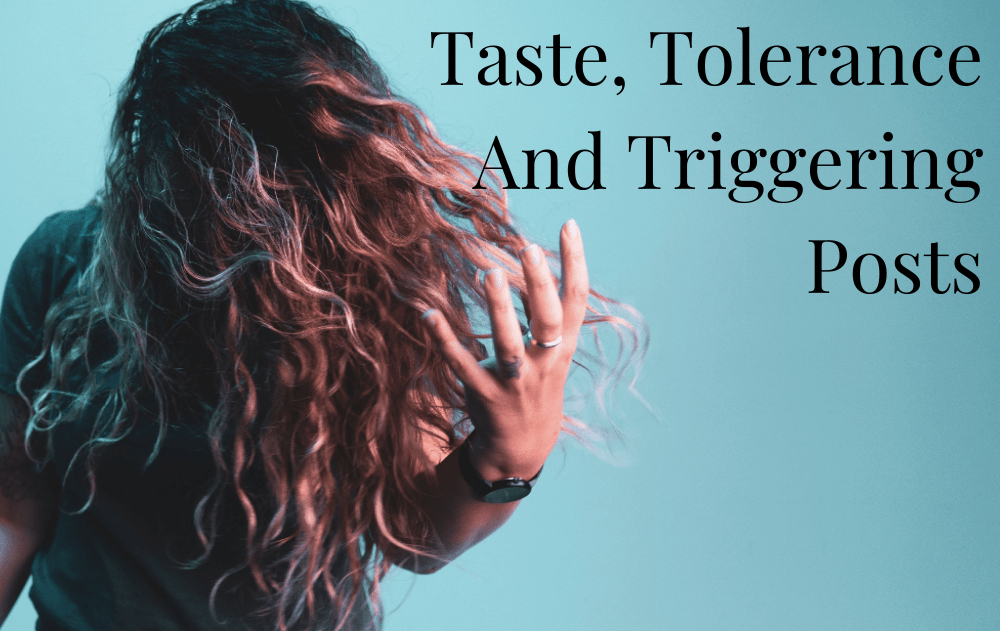 A friend of mine posted this on Facebook last week:

“After Dry January, my first glass of wine tastes like 80 per cent whisky.”

It’s interesting because I’ve met people in long term sobriety who still mourn the taste of their favourite alcoholic drink.

They really feel they’re missing out… but they’ve never stopped to consider whether their taste buds might have changed!

The end of Dry January always brings up a few interesting issues.

Over the past week I’ve noticed a lot of people talking about taste, tolerance and triggering posts…

So I wanted to tackle it all in this video:

Many of us have a story about loving the taste of wine and feeling deprived of that in sobriety. Appreciating the taste of alcohol – particularly wine – is a very socially acceptable reason to drink.

Think back to your first drink after a break from booze. If you winced at the taste of your favourite wine, but you forced it down anyway, then you’re not truly drinking for the taste.

You’re drinking because you want the effect of the drug in your system. It’s harder to admit that, but it’s really important to be aware of what’s driving your actions.

After Dry January, or any break from booze, your tolerance to alcohol will be lower. This means you won’t need as much to feel the effects, so you’re more likely to be able to just have one or two drinks and then stop.

Don’t let the tolerance trick convince you that you’ve “reset” or “learned to moderate”. And don’t beat yourself up if you later find yourself needing more and more to get the same effect.

It’s not personal – you haven’t won or lost some willpower battle. When you’re using a powerful, addictive drug like alcohol, craving more and more of it is a predictable outcome. I talked about moderation here.

If you’re struggling to change your relationship with alcohol, it can be frustrating when other people boast about how easy they found Dry January.

Remember, being able to take a month off drinking doesn’t really mean much. Besides, what people share online only reveals a fraction of what’s really going on in their lives.

I think we’re lucky that we get to do this work and find a healthier way of handling life. Many drinkers will never get to experience just how amazing an alcohol free lifestyle is. So they’re the ones missing out, not you!

Looking for help and support to quit drinking? Click here for details of my online course.