How To Be Happy And Alcohol-Free 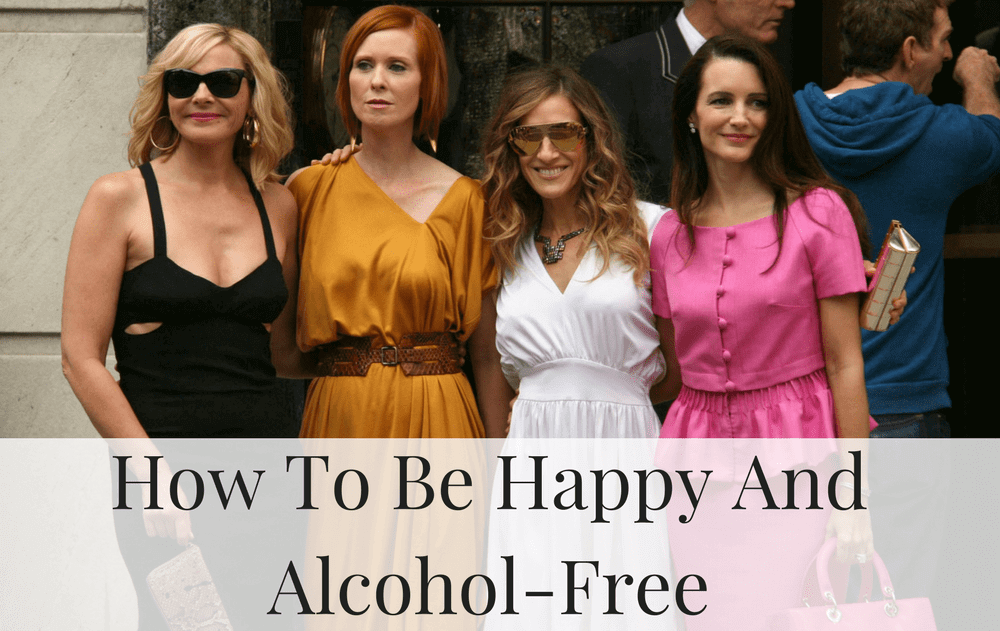 Before I quit drinking, I was sure that life without wine would be boring, flat and a bit too much like hard work.

Having grown up on a diet of Bridget Jones and Sex And The City, I was convinced that cocktails and chardonnay were an essential part of living a fun and fulfilled life.

I feared that without booze, everything would feel a bit ‘less’ somehow, like something was missing.

I was reflecting on this during my recent trip to New York – a city I’ve always associated with living life to the max. So I filmed a quick video for you, with some tips for being happy and sober.

1. Remember that alcohol is just ethanol

Ethanol is a great antiseptic, a fabulous disinfectant and a good engine fuel for our cars. But we really, really don’t need to pump this stuff into our bodies too. That’s just not the key to happiness!

Don’t romanticise booze or pretend it’s something it’s not – alcohol doesn’t have special powers. It’s just a toxic poison. Choosing not to sit down with a glass of engine fuel in the evening is always going to be a good idea – one that will make you very happy in the long run!

2. Become aware of your confirmation bias

We all have a tendency to interpret events in a way that confirms our existing beliefs. So once we’ve decided that wine = party time, we unconsciously seek out information that supports this belief, and we ignore (or forget) evidence that contradicts it.

My stop drinking course is six weeks long, and during the class many students will experience their first night out, sober. When they report back the next day, they often mention how surprised they were to spot lots of other teetotallers, or people who were hardly drinking anything.

Honestly, I’ve heard that feedback soooo many times! And it makes complete sense to me. When you’re drinking, you look for other people who’re drinking a lot too, because it’s reassuring. You make assumptions and often don’t ‘see’ the people who’re quietly sober.

So – just know that if you’re a drinker, you WILL have some beliefs about booze that are false, but right now, they feel true to you. Be aware of that and be open to changing your beliefs.

3. Make a list of all the great stuff you could do if you weren’t drinking

Maybe it’s that Saturday yoga class you keep saying you’ll do but you never get round to. Or maybe you’d love some more quality, hangover-free time to spend with your family. What is alcohol stopping you from doing right now that could be really fun and enjoyable?

Start thinking about the life you might be able to have if booze wasn’t getting in the way and holding you back.

Alcohol-free living opens up SO many great opportunities. Most of all, it gives you chance to create a life that’s so good, you don’t need to numb out from it… and that’s true happiness.