Is There Such A Thing As ‘Normal’ Drinking? 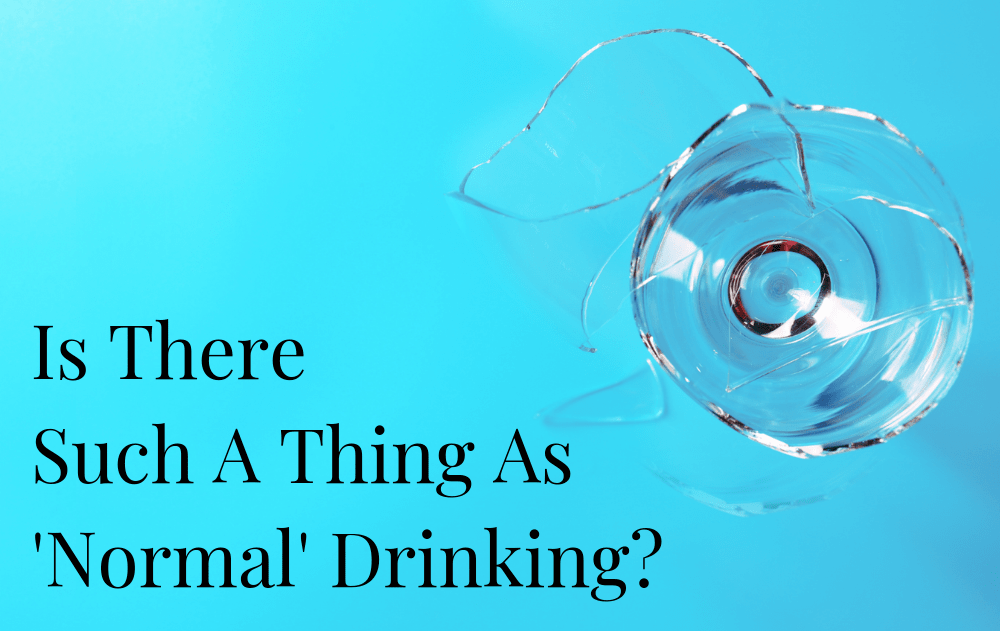 “Is my drinking normal?”

I used to ask myself this question all the time. At the height of my drinking career, my alcohol intake certainly didn’t feel ‘normal’. I tried all kinds of things to cut back, but nothing ever worked for long.

It wasn’t until I actually quit drinking completely that I began to wonder…. what on earth is ‘normal’ drinking anyway?

It slowly began to dawn on me that I might’ve spent years hankering after something that didn’t actually exist.

If you’re stuck in the same place I was – yearning to be a ‘normal’ drinker – consider this:

When you really think about it, there’s nothing ‘normal’ about drinking

Alcohol is a poison that slows down your brain function. You may lose your sense of balance and struggle to remember what you’ve said or done.

Side effects of withdrawal from alcohol include nausea, vomiting, lethargy, headaches, tremors, heart palpitations and seizures.

The fact that we choose to do this to ourselves – and we’ve made it culturally acceptable and cool to do so – is pretty weird when you think about it! What’s even stranger is that in most other areas of life, we’re super health conscious and cautious. So why take such risks with this drug?

We know alcohol is dangerous – those old myths about the health ‘benefits’ of drinking have been thoroughly debunked. The latest research shows there’s no safe level of alcohol consumption at all.

If there’s no such thing as ‘normal’ smoking, why would there be ‘normal’ drinking?

When it comes to all other drugs, we’re very clear: there is no ‘normal’. No one aspires to be a ‘normal’ heroin user or a ‘normal’ smoker. There’s no such thing.

With those drugs, we readily accept that it’s hard to control them – if you use them, it’s normal to become addicted to them. And yet with alcohol, we expect the opposite.

When someone struggles with booze we blame the user, not the drug. We give that person a label: alcoholic. This label implies their behaviour is unusual, wrong or abnormal, when it’s actually incredibly normal to become addicted to an addictive substance!

Your idea of normal drinking is probably not the same as the next person. Is it drinking like your partner? Or your friends? Is it being able to have one or two and then stop?

What about drinking in the morning? Surely that’s not ok… unless you’re catching an early morning flight. Apparently then it’s perfectly acceptable to have a pint with breakfast!

Most people are more worried about their alcohol intake than they let on – particularly those who boast about how little they drink. The author Jason Vale puts it like this:

“If I kept saying to you that I was in ‘control’ of my banana intake, that I only have them a few times a week and that I can even go two complete days without bananas… wouldn’t you immediately know I had a problem with bananas?”

‘Normal drinkers’ get addicted to alcohol

If you only take one thing from this blog, make sure it’s this: it’s normal to become addicted to an addictive substance. Especially when it’s something like alcohol, the most normalised drug on the planet.

It’s the drug you grew up watching your parents use; it’s glamorised, romanticised and marketed as the solution to all your problems. No wonder it’s so appealing.

Culturally, it’s very convenient for us to pretend that drinking is black and white; that you’re either a normal drinker or a raging alcoholic.

The truth is that thousands – if not millions – of drinkers are stuck somewhere in the middle, in the grey zone. And that may not be a happy or comfortable place to be… but it is completely predictable and unsurprising.

If you need support to stop drinking or take a break from booze, click here for details of my online course.