Sober Courage: Be A Rebel, Not A Sheep 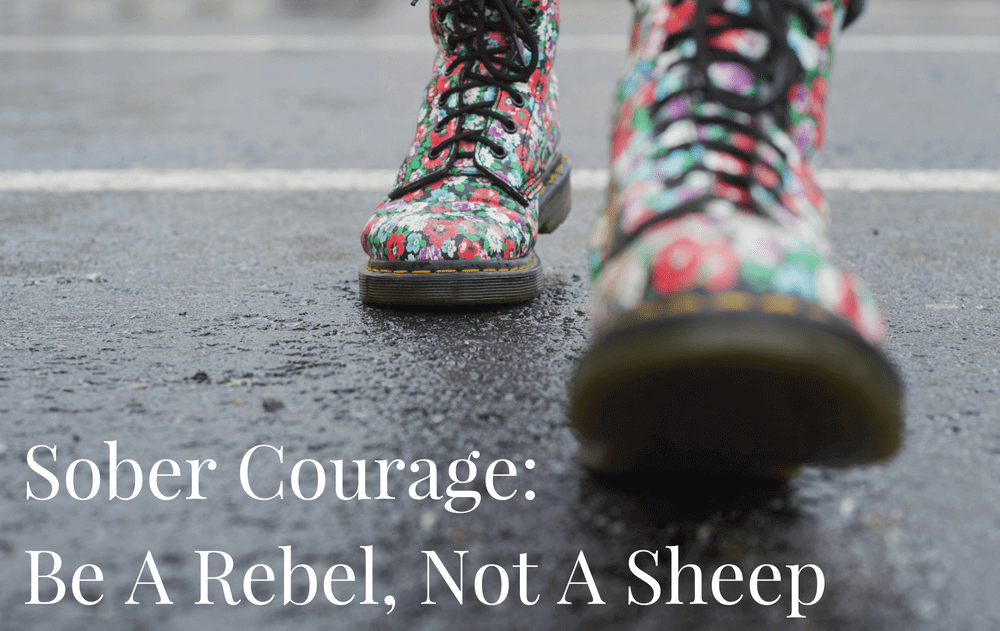 For many of us, one of the toughest things about quitting drinking is the idea of being different to everyone else.

Let’s face it: most people do drink – and most of us like to fit in!

Choosing an alcohol-free lifestyle means going against the grain. You’re doing your own thing and stepping out from the crowd… and that can be really scary at first.

If this is something you’re struggling with right now, I hope today’s video will inspire you to get out there and be AF and proud!

1) Remember that you’re far more independent and bloody-minded than you think!

Perhaps you have an unusual hobby, a unique taste in music, or you’re passionate about certain social or political issues. When it comes to those things, I bet you don’t care whether other people agree, approve, or join in with you.

You are a lot more independent than you give yourself credit for. When it comes to sobriety, try and channel that same bloody-mindedness; you are not going to stay stuck in a rut just because other people might raise an eyebrow!

2) It won’t feel this hard forever.

It’s official – you are not the only sober person on the planet. New government figures show that in boozy old Britain, 1 in 5 adults are now teetotal. So why does it feel as if everyone drinks?

It comes down to perspective. We all have a confirmation bias, so when we believe that ‘everyone’ drinks, we keep on finding more evidence that supports this theory. But when you stop drinking, you will soon start to spot other non-drinkers, or people who drink a lot less than you thought they did.

3) Being in a minority will set you up for good things!

Choosing not to follow the masses is a quiet act of rebellion. Once you’ve gone against the grain once, it’ll boost your confidence – and who knows where you’ll stop? You’ll be able to take on anything 🙂