When booze is in the news 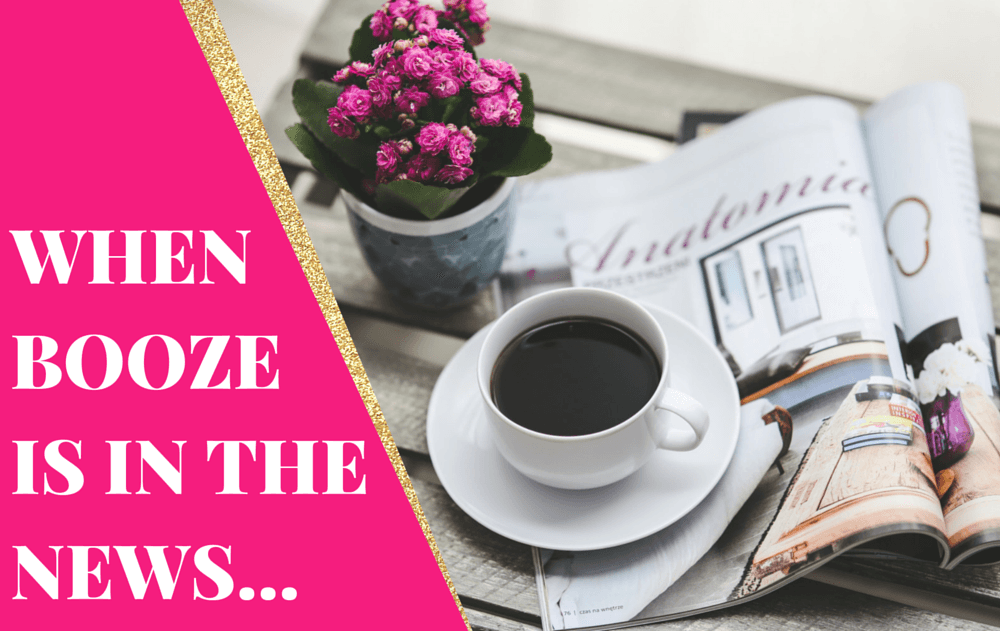 Britain has a crazy, contradictory attitude towards alcohol at the best of times, but this January we’ve really outdone ourselves. During a month when thousands of people have been trying to swear off booze, alcohol has never been far from the headlines.

It all started with this picture of total mayhem in Manchester. The image went viral and was lauded online for “artfully capturing a uniquely British New Year’s Eve celebration”. Oh, how people laughed at the man lying on the ground, clutching his bottle of beer. He may have been knocked over after a fight, but he managed not to spill a drop. Phew.

Never mind the police presence and the total chaos surrounding him; social media went into overdrive, comparing his position on the floor with that of the God-like figure in Michelangelo’s Creation of Adam!

In mid January, Britain’s Chief Medical officer announced tough new alcohol guidelines, warning that “alcohol is a danger to health, however little you drink.” The advice was welcomed like a bucket of cold sick. Newspaper columnists were quick to dismiss the “killjoy new alcohol rules” as “hyperbolic” and “plain wrong”. Great work, guys.

Last week, a report by the Alcohol Health Alliance found that problem drinkers account for 60% of all alcohol sales in England. Interesting stuff, yet most newspapers illustrated the story with pictures of young drinkers. This approach reinforces the idea that ‘problem drinkers’ are teenagers, when in fact most are middle aged, professional women who quietly drink too much in the privacy of their own home.

Even Dry January got a bit of a kicking this month, with some experts claiming it “does more harm than good” (rubbish!) and pubs moaning about healthy resolutions affecting their takings. 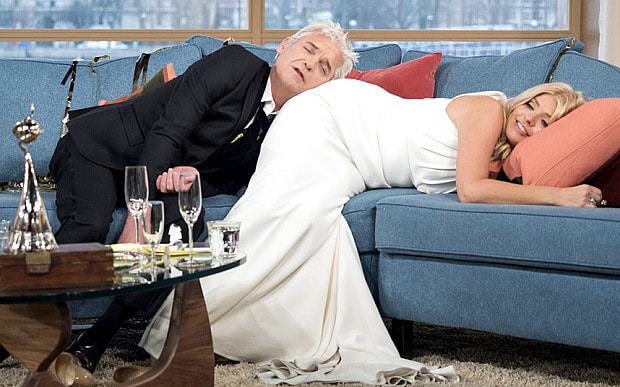 By far the strangest alcohol story of the month was the coverage of TV presenters Holly Willoughby and Phillip Schofield who bravely overcame their ‘worst ever’ hangovers to present This Morning on the day after the National Television Awards.

They’d been out the night before celebrating their NTA win and turned up at the studio still wearing last night’s clothes.

They were widely praised for their staying power. The incident even prompted articles about how to deal with a killer hangover at work.

Looking back over these stories, it strikes me that we have an incredibly strange attitude towards booze. It’s so contradictory and hard to pin down. We’re very critical of people who use other drugs and yet when it comes to alcohol, different rules apply.

As far as I can work out, here’s what the overall message is:

It’s not ok to be a sloppy drunk. Drunks are bad – you know that, right? Ideally, you should be able to consume this mind-bending, poisonous substance whilst staying in control of yourself at all times. And yet! It is ok to drink lots of tequila and get really drunk if it’s a special occasion. Epic hangovers are also fine, provided you don’t pass out in a gutter or forget to turn up for work the next day. And – just a little heads up here – not drinking at all is a step too far. In fact, teetotalers probably shouldn’t be trusted, so keep them at arm’s length. Got all of that?

It’s no wonder people struggle to address their drinking in this kind of climate. We’re forever glossing over the truth about booze: the broken promises, the memory loss, the shame the morning after. We live in a world where the hashtag #wineoclock makes drinking ok; where a birthday card without alcohol references is a rare find; where people who are clearly dependent on alcohol think it’s ok to tell me how sorry they feel for me because I don’t drink.

So what is the way forward? At the very least, I think it’s wise to approach these articles with caution. Think about who they’re written by and who they’re aimed at. Readers don’t like to be nagged at; they like to feel good about their life choices. And so most journalists talk about alcohol from a place that assumes booze is key to living a full and happy life. But trust me, that really isn’t true.

P.S. If you want to read something totally different, try this piece, which imagines what it would be like if the media covered alcohol like other drugs.