Why Drinking Costs Much More Than You Think

Something I don’t often write about is how much alcohol costs us.

I tend not to focus on the money side of sobriety, because saving cash isn’t the main reason why people quit.
For most of us, it’s the opportunity cost that really hurts: it’s the missed life experiences and broken promises. The morning-after shame spirals. The physical consequences.
And yet, I can’t deny that having extra money in the bank is a very welcome (and often unexpected) side effect of sobriety.
In fact, when you start adding it all up, the numbers can be staggering.
If you’re looking for a little extra motivation – at an expensive time of year – then let’s talk about the true cost of drinking…

Earlier this year I celebrated six years sober. I used to drink, on average, two large glasses of wine a night. (Obviously there were days when I drank much more than that. But there were also nights when I didn’t drink at all.)
Two large glasses of wine a night is 730 glasses a year. At 250mls each, that works out at 243 bottles a year. If a fairly average bottle of supermarket wine costs £6, then I’ve saved £8,748 in six years (about $11,300 USD).

Why the true cost is much higher

My calculations above do not take into account the money I spent going out and drinking with friends. When you’re buying expensive cocktails in bars, or drinking over-priced pints at a gig, you burn through your money fast.
It’s also hard to account for the times when I bought big rounds of drinks, or spontaneously ordered double measures instead of singles, or paid for someone else because it was their birthday. It’s really easy to lose track.

As well as paying for the alcohol itself, there are other costs to consider e.g. missing the last train and having to get a taxi. When I was drinking, I had a terrible habit of losing things like credit cards, phones, keys, my purse… replacing that stuff was a hassle and not cheap.
You might also need to pay for a cheeky takeaway on the way home, dry cleaning for the dress you spilt wine on, drunk purchases made late at night and the cost of that gym membership you hardly ever use.
(Side note: I’m focusing purely on the cash cost of alcohol here. However, it’d be silly not to mention this study, which says every bottle of wine costs you a whopping £2,400 in lost quality of life.)

What are your numbers?

Whether you’re newly sober or thinking about quitting drinking, it can be very motivating to keep track of the financial numbers. An easy way to do this is to download an app like I’m Done Drinking which will help you calculate averages over time.
An eye-opening (but more time consuming) exercise is to track every penny spent on alcohol over a month. Keep your supermarket receipts so you can account for the bottles of wine you buy with your weekly shop. Trawl through your bank statements to work out what you’ve spent on cocktails, Ubers and restaurant ‘meals’ that are more booze than food.

When the money really adds up…

I took these snapshots from my secret Facebook group, which is just for graduates of my Getting Unstuck course. They’re pretty impressive, right? 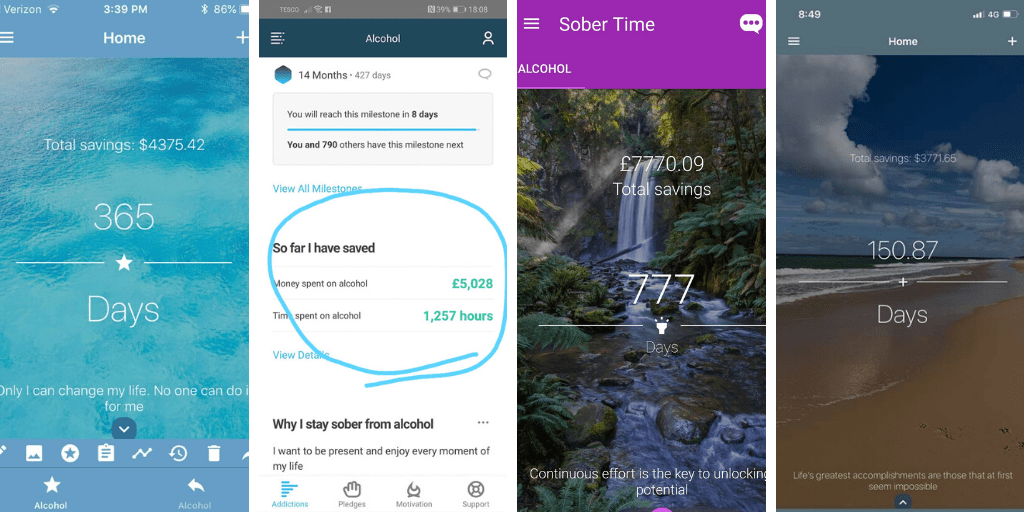 Here’s what my students have to say about saving money in sobriety:
– “At a conservative guess I’ve saved £3,500 in the past year and if I’d taken a pay cut of that amount, I’d be struggling financially. However, I’d been spending that year on year buying ethanol that gave me nothing but heartache – shocking.” Joanne
– “Just checking my sober app today and this immediately stood out – saving £5000 over 14 months. Included in this is taxis, drunk purchases, takeaways, going out and alcohol, of course. We’ve just come on our 3rd holiday for this year… totally unheard of in previous years.” Beth
– “I have saved £4923 on booze so far … that was an average of £360 per month! It shocks me to think that I wasted so much money on pouring poison down my neck and making myself feel so bad. Nowadays I have more money (and time) to spend on great holidays, seeing bands and actually remembering everything.” Janice 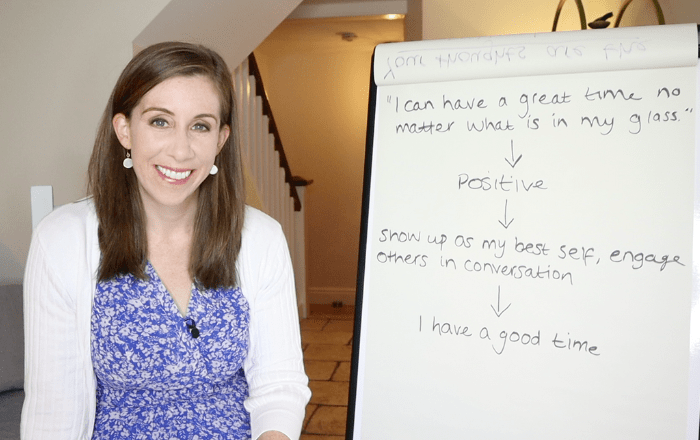