Lessons In Sobriety From Romantic Comedies 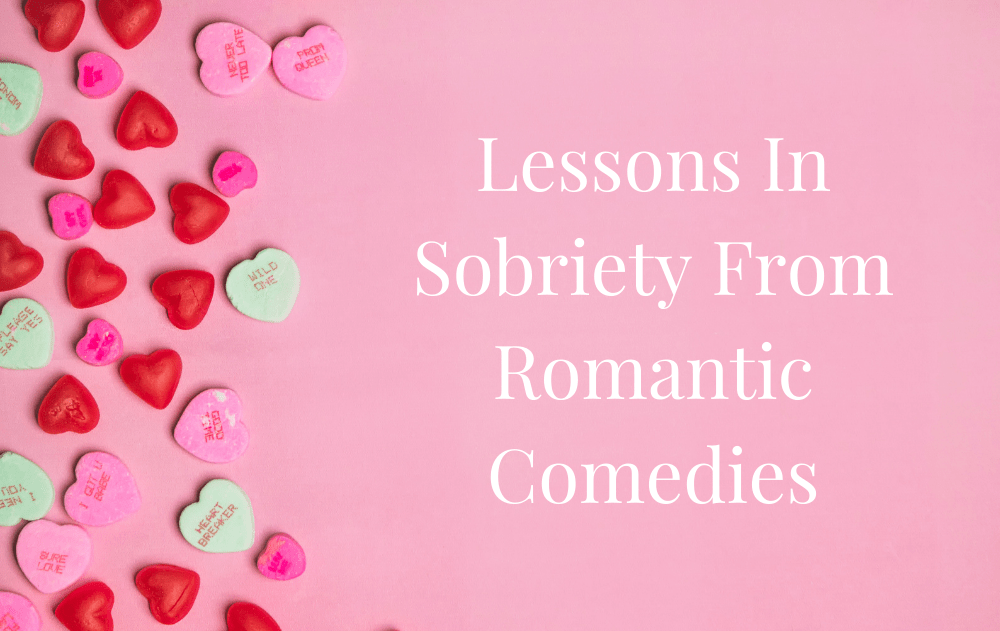 But the other day I was watching Bridget Jones’s Diary (the first one and best one, I think)

Confused? Don’t be! I explain all in this video.

If alcohol and sobriety were cast in a cliched romantic comedy, alcohol would be the bad guy who charms the girl, makes big promises, but ultimately lets her down. Sobriety would be the good guy who doesn’t seem quite so slick and sexy to begin with.

Just think about all the movies where the two main love interests start out hating or overlooking each other. But you know they’re going to get it together. What I’m saying is: sobriety is a major lifestyle upgrade and a great life partner. It just doesn’t seem that way at first!

In most rom coms, there’s a sudden moment of clarity where something dramatic happens. People race off to declare their feelings and make everything right. With alcohol, it’s easy to assume the same will happen – that we’ll suddenly know when it’s time to quit.

The truth is, there’s rarely a moment where all the stars align and you feel certain that you’re ‘doing the right thing’. But that’s ok – it’s normal to be unsure about sobriety. All you really need is a willingness to take a break and get started. Test drive sobriety and see what happens next.

Looking for help and support to create an alcohol free life you love? Click here to find out more about my online coaching programme, Getting Unstuck.

I stole this great quote from the comments section

My thoughts on "normal" drinking 🤔🤷‍♀️

Just in case you're tempted tonight... don't do it