4 Things All Women Need To Know About Alcohol 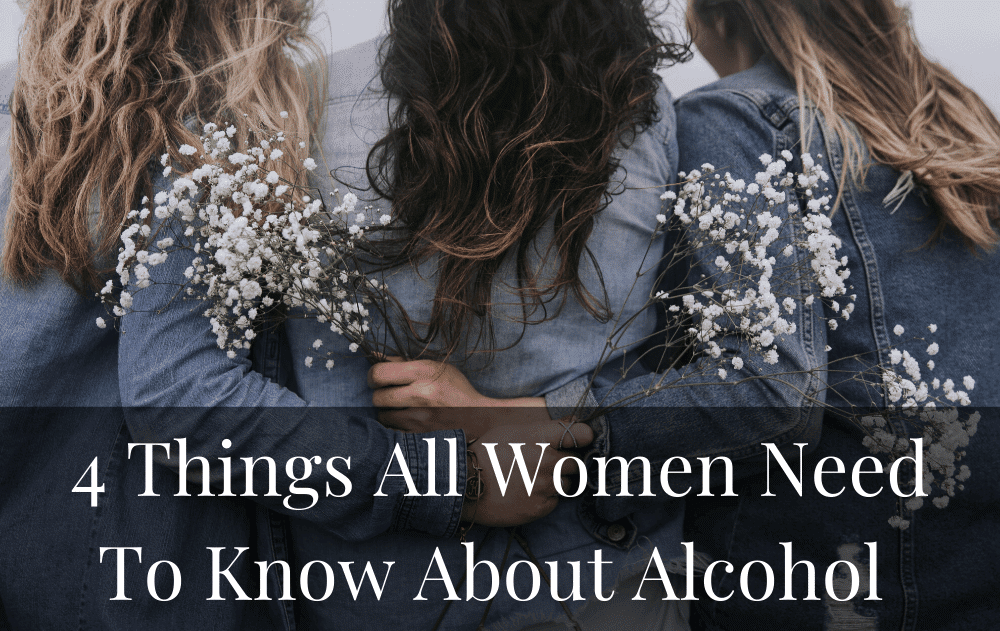 From a young age, I was sold on the idea that drinking was what cool and empowered women did.

I’d grown up watching Sex And The City and in my mind, alcohol was linked to so many positives: fun, freedom, strength, success and happiness.

However, the reality of alcohol was quite the opposite – it left me feeling trapped and miserable.

With International Women’s Day coming up, there’s going to be a lot of talk about empowering women this week.

I think that having some honest conversations about alcohol would really help with that.

But if I could go back in time and speak to my younger self, there are a four key messages I’d like to share…

Watch out for femvertising

Yes, that is a real word! It’s when adverts use female empowerment to sell stuff. For example, do you remember the Virginia Slims “You’ve Come A Long Way, Baby” marketing campaign? Linking a tobacco product to women’s liberation was a genius move in boosting sales (and making lung cancer an equal opportunity disease).

So perhaps it shouldn’t be a surprise that Diageo, the world’s largest spirits business, is an official supporter of International Women’s Day 🙄

Meanwhile, one of Diageo’s brands – Baileys – sponsors the Women’s Prize For Fiction. Budweiser is an official partner of the England Women’s football team. And Smirnoff’s Equalising Music campaign pushes for greater gender balance in the music industry.

Linking booze brands with female empowerment is pretty troubling. In the UK, alcohol-related deaths among women are at the highest rate in 10 years. Worldwide, alcohol is associated with 2.8 million deaths each year.

Booze is a health disaster for us. We are faster to experience liver disease and damage to our hearts and nerves. Women who have 2-3 alcoholic drinks a day have a 20 percent higher breast cancer risk compared to women who don’t drink. Alcohol is also linked to a range of other cancers and reduced fertility.

Many of these gender-based differences in alcohol’s effects on the body weren’t discovered until fairly recently, and more research is still needed. As this article explains, until the 1990s, almost all clinical studies on alcohol were carried out solely on men!

Drinking is not self care

Culturally, one of the biggest shifts in the way we talk about alcohol is the link to self care. “You deserve a drink!” is often shorthand for empathy and sympathy – a euphemism for just taking a break.

The sad thing is, we really do need to take a break. We’re working harder than ever (because having it all often means doing it all) and we seriously need to look after ourselves and practice better self care. But alcohol is never going to facilitate that.

Self care is about looking after ourselves physically, mentally and emotionally. Drinking a toxic poison which causes cancer, depression, anxiety and death can never be self care. It just can’t. It’s a contradiction in terms.

Sobriety is more empowering than drinking

This is one of the biggest cons about booze: the idea that drinking is somehow empowering, rebellious and liberating for women. Yet alcohol is actually the most normalised drug on the planet. So how can using it be edgy and cool?

Surely, choosing not to follow the masses and buy into the advertising hype is a more rebellious thing to do.

If it’s freedom you want, then sobriety is probably one of the best ways of getting that. (They don’t call it alcohol free living for nothing.) You’re free because you’re no longer dependent on a drug to feel good.

Honestly – how are we supposed to smash the patriarchy if we’re numbed and dulled by booze? It’s going to be a lot harder. Last year I wrote this blog about how some of the smartest and most inspiring women don’t drink. What might you be capable of, if booze wasn’t getting in the way?

For help and support to quit drinking, click here for details of my online course.